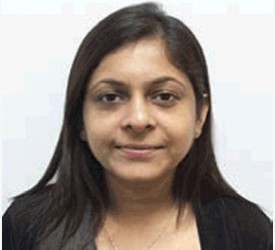 DEBT RESTRUCTURING MAY NOT TURN AROUND DISCOMS SUSTAINABLY

Roughly by when do you expect the stress levels in the power sector loans to subside from the current standpoint, and how?

Rachna Jain: Financial restructuring under UDAY will provide some immediate breathing space. To start with, the participating states will take over 75 per cent of discoms´ debt outstanding at end-September 2015 by FY17. The rest of the debt will be re-priced or issued as state-guaranteed discom bonds at coupon rates about 3 per cent less than the average existing interest rate (around 12 per cent). This will provide immediate interest cost-savings to the discoms. However, most of the 12 out of the 16 committed states which reported net cash losses in FY14 will continue to do so even after accounting for the annual interest cost savings (on FY14 numbers). Hence, debt restructuring is not the only solution to turn around the financial profile of discoms on a sustained basis.

The continued efficiency improvement (lower AT&C losses) and adequate tariff increase are imperative for any sustainable structural improvement. It may take a couple of years for these to show affects.

Power sector is among the sectors whose assets are stressed. What is the total debt of the sector and how much of it is stressed and what is the contribution of segments like generation, transmission and distribution to this?

SaswataGuha: The total debt of power distribution companies (discoms) outstanding as at end-September 2015 was Rs.4.3 lakh crore. We expect the actual direct exposure to State Electricity Boards (SEBs) to come down significantly for banks due to the UjwalDiscom Assurance Yojana (UDAY) package which converts 75 per cent of the debt into state-government bonds. The remaining direct exposure is expected to be held in the form of loans or bonds. However, intuitively, I would expect any exposure to SEBs to be treated as stressed unless one is able to see tangible improvement in their performance. Sub-segment data is not publicly disclosed although we estimate the discom/generation to be the biggest share of the total power exposure.

Rachna Jain: Discoms are the weakest link in India´s power sector. The reduced capacity utilisation of the sector is driven primarily by financially stressed power discoms, which are unable to purchase electricity because of their weak financial positions. It is a combination of crippling debt built over last few years, aggregate technical and commercial (AT&C) losses, less-than-commensurate increase in tariff, and dearer power over the last few years which have resulted in discoms saddled with huge accumulated losses (end-March 2015: Rs.3.8 lakh crore) and towering debt (end-September 2015: Rs.4.3 lakh crore).

The financial restructuring will provide some immediate breathing space, however, timely reduction of AT&C losses and adequate tariff hikes are essential for a sustainable improvement of the state discoms. This will, in turn, benefit power generation and transmission companies via timely clearance of dues and higher utilisation levels, and new projects with signed power purchase agreements (PPAs).

When there are claims of surplus capacity all around, how fresh investments will pan out in the sector in the next three-five years and why?

Rachna Jain: The claims of surplus capacity are mainly on the back of lower off-take by discoms because of their stressed financial positions rather than actual low demand of electricity from the end-users. We believe that with improvement in financial and operational status of the discoms, the utilisation levels of generation companies (Gencos) will improve as well. However, this will take some time and hence fresh investments in generation sector will keep plant load factors subdued till then. On the other hand, fresh investments in electricity grid will reduce congestion and enable transfer of power from surplus to deficit regions to an extent.

How UDAY is expected to change/ improve the discom scenario in the next couple of years and what is its visibility by now? What are the concurrent measures that may be required to bring the sector above water?

Rachna Jain: UDAY is off to a promising start with in-principle approval from twenty Indian states and one union territory. Out of these, 17 have already signed up for the scheme. Participation by a number of states which are not ruled by the key ruling political party at the centre - the BharatiyaJanata Party - reflects the various merits and wider acceptance of the package. We note that UDAY in its current state is applicable only to the state-owned discoms. Most of the key states are under purview. However, Tamil Nadu, liable for 25 per cent of FY14 net cash losses, is yet to come on board.

As is stated earlier, financial restructuring - as depicted in the scheme, will provide some immediate breathing space, however, timely reduction of AT&C losses and adequate tariff hikes are essential for a sustainable improvement of the state discoms. This will in turn benefit power generation and transmission companies via timely clearance of dues and higher utilisation levels, and new projects with signed power purchase agreements.